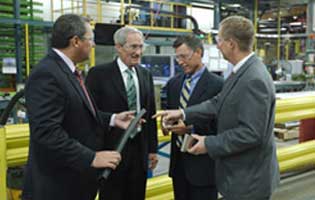 Geneva, IL – Kris Jurasek will retire as president of Miner Enterprises, Inc. on October 26, 2012, following 39 years with the company. During his presidency, Mr. Jurasek has led the company's growth and improvement to its current leadership position in the railroad supply industry. "We appreciate the outstanding job Kris has done through periods of change and challenge," said David Withall, CEO of Miner Enterprises. 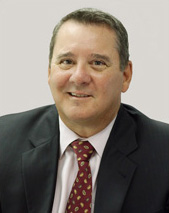 Upon Mr. Jurasek's retirement, Richard (Ric) Biehl will move up from Vice President of Sales to assume the position of President and General Manager of the Miner Enterprises. Mr. Biehl started his working career in manufacturing at Miner and progressed to his appointment as V. P. of Sales in 2003. He brings a range of experience to his new position as well as drive and tenacity that make him a valuable asset to Miner. "We are confident that Ric's leadership will build on the foundation Kris has established over the last 12 years," said David Withall.

With Ric Biehl's promotion, sales leadership will be taken up by two current Miner managers. 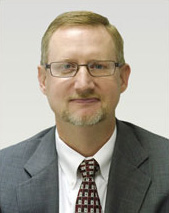 William (Bill) O'Donnell will be promoted from Director of International Sales to Executive Director of Global Sales and will report to Ric Biehl. In his new position Mr. O'Donnell will be responsible for all rail product sales, service, and marketing throughout the world. "Bill's wide-ranging engineering background and unique blend of domestic and global sales management experience will strengthen the Miner brand in railroad markets at home and around the world," said Ric Biehl. 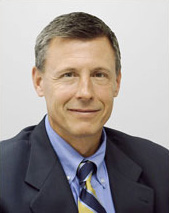 Charles (Charlie) Dupin will be promoted from Regional Sales Manager to Director of North American Sales and will report to Bill O'Donnell. In his new position Mr. Dupin will be responsible for managing Miner's sales force in North America. "As one of the most experienced and respected railway supply sales managers, Charlie will provide outstanding leadership to our sales people." said Ric Biehl.